Educents Sale and a Free eBook! 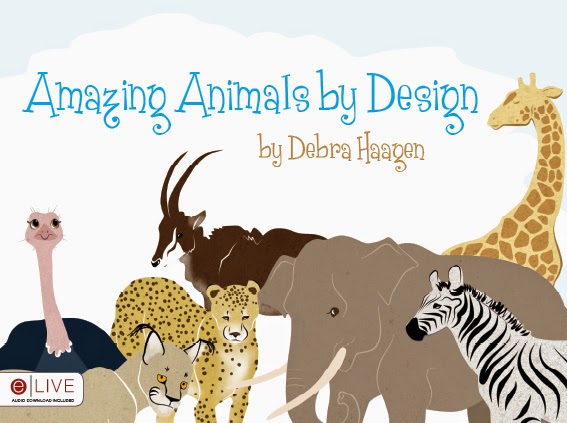 Amazing Animals by Design is now on sale at Educents!  Normally $14.99, you can get the hardcover version of the book, signed by the author (that's me!), for $9.99!

I also have a freebie to share with you today from Compass Classroom. 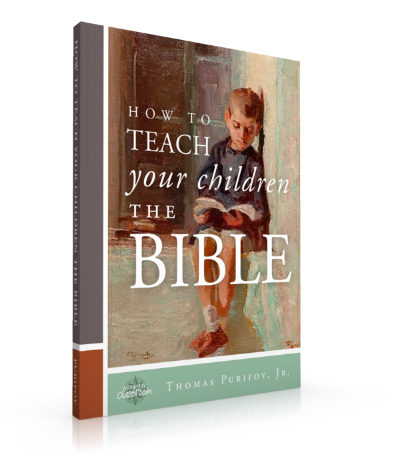 Just how do you go about teaching such a large and complex book to young children? How do you keep their interest as they grow from kindergarten to upper elementary and older? What if you don’t know that much about the Bible yourself? Although we at Compass Classroom normally produce structured curriculum, this is one area in which we believe a different, more personalized approach is needed. In light of that, we have pulled together a series of resources we think parents can use to achieve the best long-term results with children.


Download the eBook.
Posted by Noteable Scraps at 12:11 PM No comments: 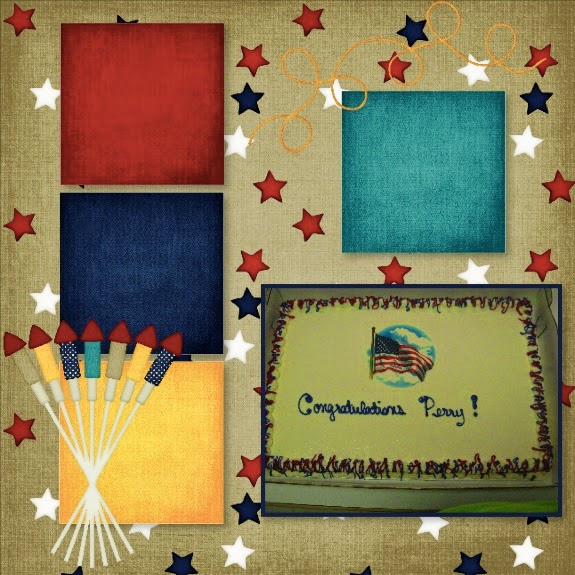 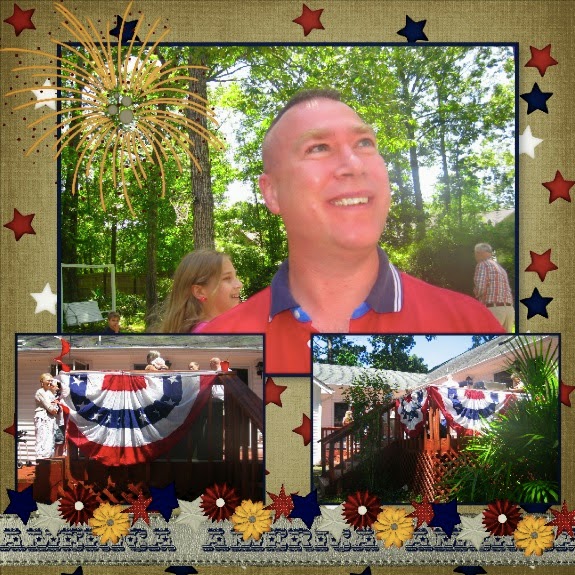 Just in time for all of your 4th of July fun, Dandelion Dust Designs has released "Patriotic"!  I love the Americana red-white-and-blue feel with splashes of yellow thrown in.  I used it to scrap photos from my husband's Navy retirement party last year.  Get the kit exclusively at ScrapTakeout. 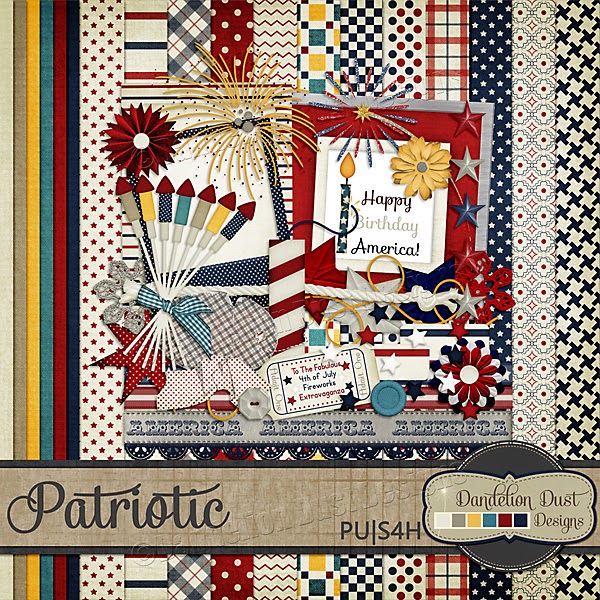 Disclaimer:  I received a free copy of this kit in exchange for layouts.

Posted by Noteable Scraps at 11:42 AM No comments: 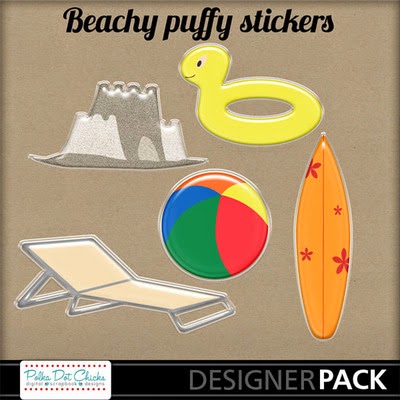 Posted by Noteable Scraps at 3:17 PM No comments: 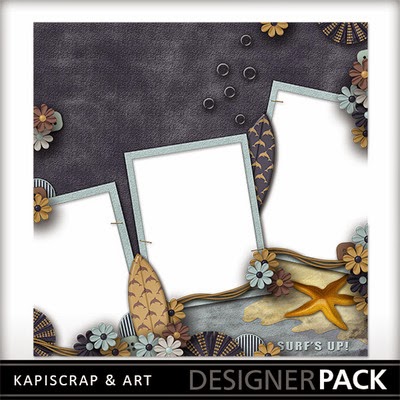 Posted by Noteable Scraps at 3:14 PM No comments: 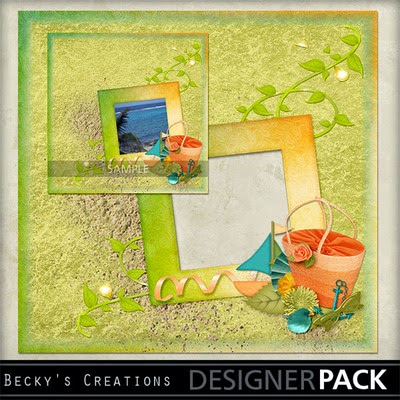 Posted by Noteable Scraps at 3:12 PM No comments:

**I have not personally used this resource before, but I wanted to let my homeschool readers know about this great freebie as soon as possible.  I just signed up for the free trial myself and will let you know what I think!

Posted by Noteable Scraps at 10:07 AM No comments: 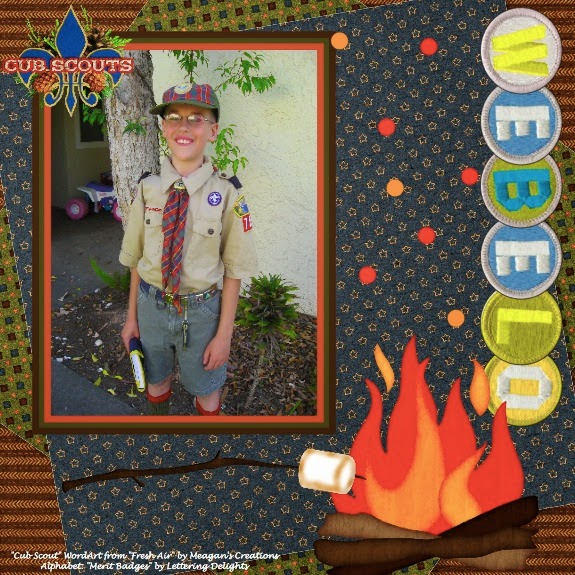 With four kids who are or have been in Scouts, I can't get enough camping kits!  Dandelion Dust Designs just posted this new one at ScrapTakeout.  Take a look at the adorable tent and campfire! 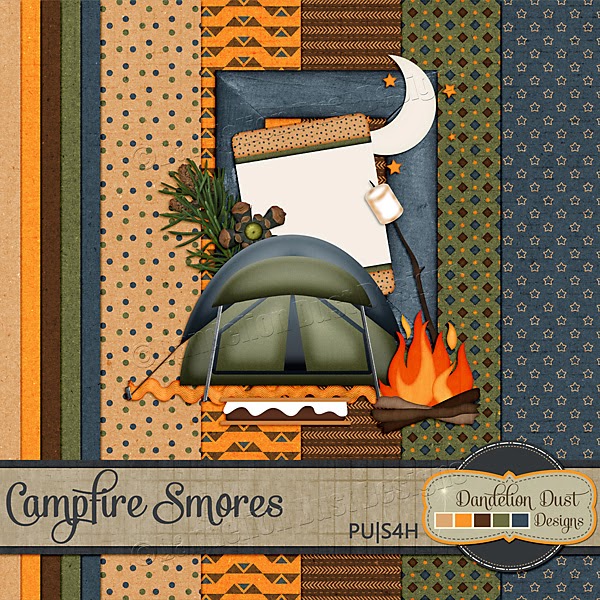 I hope your summer is starting out well and that you are out making memories with your family!

Disclaimer:  I received a free copy of this kit in exchange for a layout.

Posted by Noteable Scraps at 6:51 AM No comments:

Scoop It Up FREEBIE 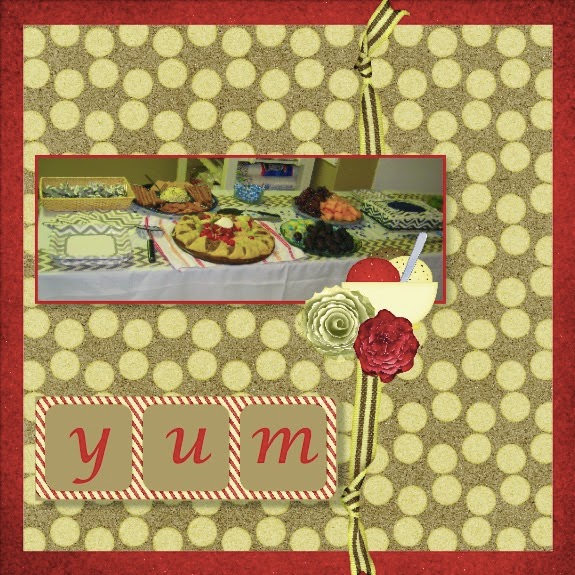 I scream, you scream, we all scream for ice cream - and other summer goodies!  This was the spread from a recent baby shower I helped a friend with.

Grab Dandelion Dust Designs' freebie on Facebook while it lasts! 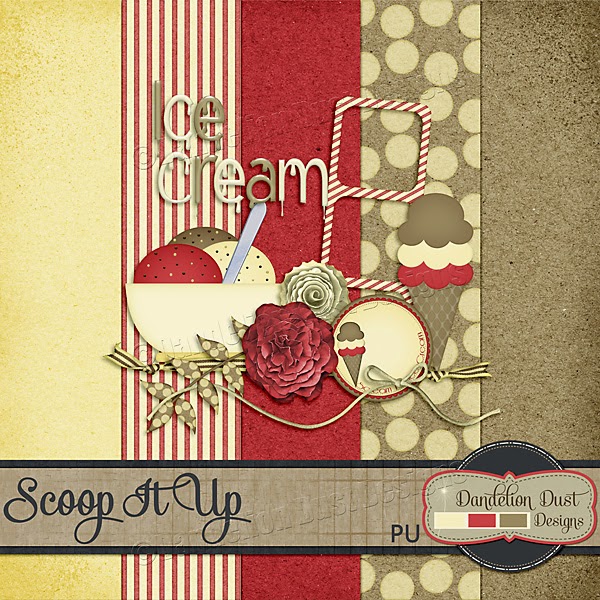 Posted by Noteable Scraps at 2:54 PM No comments: 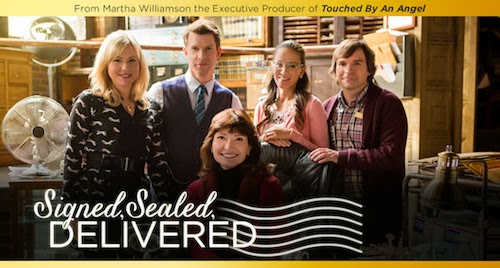 I am running very late with this review, as I was supposed to post it last week so that you could see the first episode this past Sunday night!  Well, if you found Signed, Sealed, Delivered on the Hallmark Channel Sunday night - created by Martha Williamson, executive producer of Touched By an Angel - then you know what a great treasure it is.  If you didn't, let me get you tuned in this week!

Whatever does happen to all that mail that can't be delivered?  Well, I've had it returned to me because I got one digit wrong and the post office refused to deliver it until I corrected the digit and applied another stamp.  In the original Miracle on 34th Street movie, the postal workers delivered all the letters addressed to "Santa Claus" to the old man who claimed to be Kris Kringle who was on trial at the courthouse.  According to this show, however, there is a department assigned just to track down the recipients of undeliverable mail.  The mysteries they uncover and their extreme seriousness and dedication to their task, which is amusing at times, make for a great television mystery show.

I watched one episode of this new gem, and I am hooked.  So is my 8-year-old son, who begged to start it over because he missed the beginning.  The characters are immediately endearing, and the show appeals to all ages.  What I really love is that the show has Christian content but does not seem like an hour of preaching.  It is good, wholesome, family entertainment from a Christian worldview.  Bits of Scripture are sprinkled into the conversation along with quotes from Shakespeare.  As C.S. Lewis said (not sure that I have the exact quote), we don't need more Christian writers; we just need more writers who are Christian.

Tune in to the Hallmark Channel Sunday nights at 8/7c to see Signed, Sealed, Delivered for yourself.  It is the perfect combination of comedy, romance, drama, and mystery that the whole family will love!

The new original series Signed, Sealed, Delivered is a wonderful combination of romance, comedy and drama that follows the lives of four postal detectives who transform themselves into a team of detectives to track down intended recipients of undeliverable mail. Their missions take them out of the office where redirected letters and packages can save lives, solve crimes, reunite old loves and change futures by arriving late but somehow always on time. The team includes charming Oliver O’Toole (Eric Mabius), the group's leader is a man of faith who prayerfully approaches his work with the goal of making a difference in people's lives; new team member, Shane McInerney (Kristin Booth), a technophile who brings 21st century sensibility to the group; free-spirited, “girl next door” Rita Haywith (Crystal Lowe) who has a photographic memory; and lovable Norman Dorman (Geoff Gustafson), a master in conventional research methods.
The show aires SUNDAYS, 8/7c on Hallmark

Disclaimer:  I received a link to preview this show for the purpose of review.
Posted by Noteable Scraps at 10:02 AM No comments:

Alone Yet Not Alone in Theaters Soon! 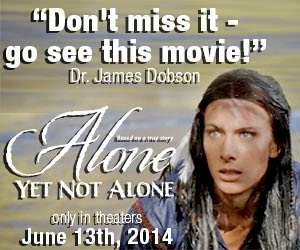 Just a reminder than in just 1 week the movie will be in theaters nationwide!!
Find out more here (including where the film is showing):  http://www.aloneyetnotalone.com.

See my review of the Alone Yet Not Alone novel here.

Posted by Noteable Scraps at 8:37 AM No comments: 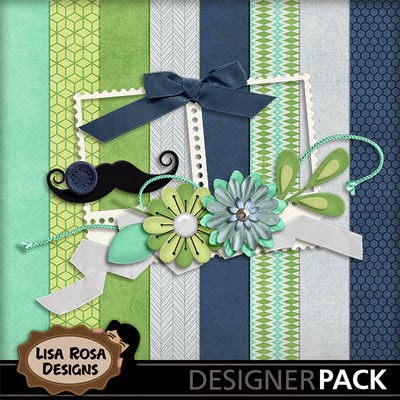 Lisa Rosa Designs has a FREE mini-kit available at Share the Memories!

Posted by Noteable Scraps at 8:00 AM No comments: 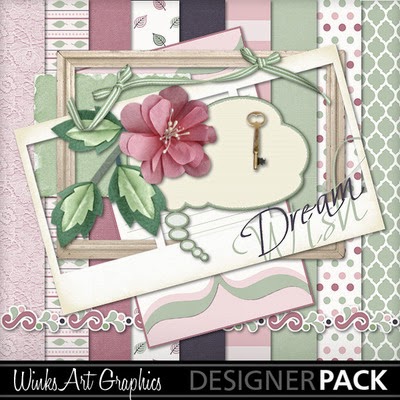 Posted by Noteable Scraps at 8:00 AM No comments:

And A Few More Freebies From Dandelion Dust Designs

It's the Red, White, and Blue time of year, so make sure you pick up DDD's latest freebie on the Dandelion Dust Designs Blog. 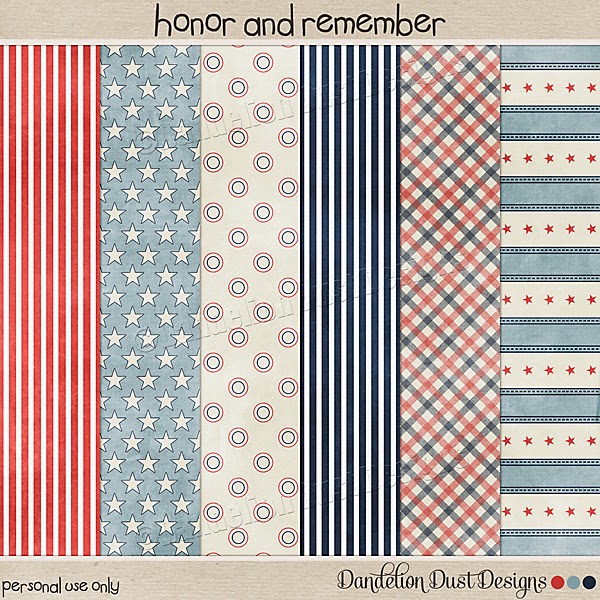 There are more freebies available on the DDD Blog under the Freebies tab.  Don't miss any of them!

Posted by Noteable Scraps at 3:03 PM No comments:

Happy Birthday, ScrapTakeout!  Have you visited the forum for all the birthday happenings?  Make sure you check out the blog hop for some monstrously-good freebies! 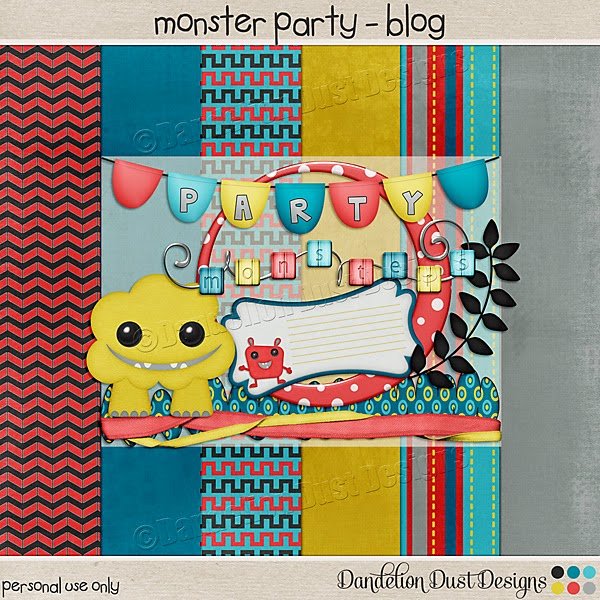 Posted by Noteable Scraps at 2:59 PM No comments: 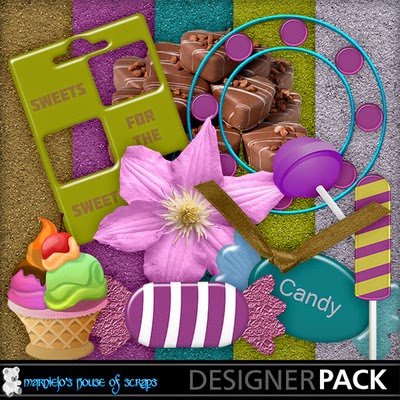 Posted by Noteable Scraps at 2:26 PM No comments: